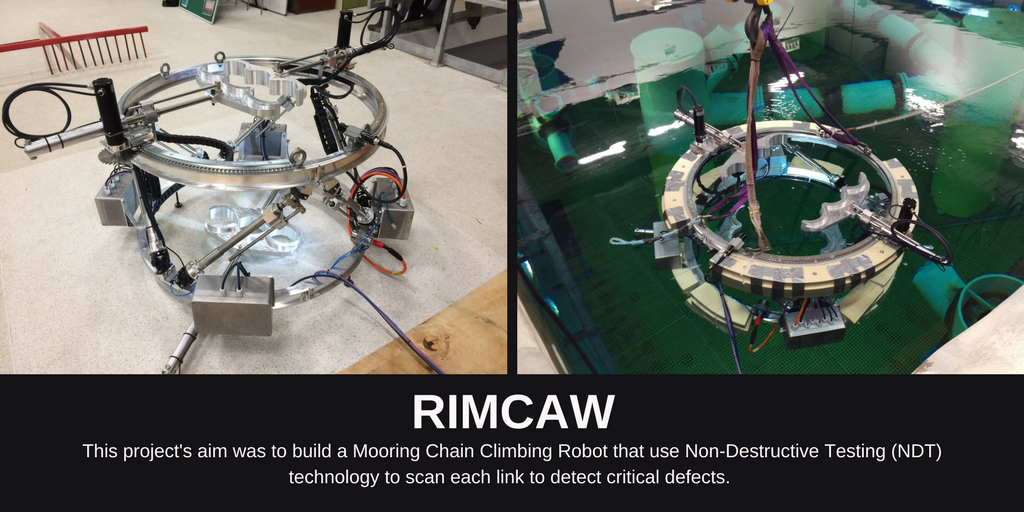 The RIMCAW project had as aim to build a Mooring Chain Climbing Robot using Non-Destructive Testing (NDT) technology to scan each link to detect critical defects.

InnoTecUK’s role was to develop a commercially viable climbing robot that could handle the catenary curve of a chain. This was an incredibly complex and challenging project, which required the involvement and coordination of every engineering discipline.

The demonstration was held at TWI Middlesbrough on the 23rd of March 2018. The robotic platform was tested and demonstrated in front of all members of the consortium and the Innovate UK Project Officer.

A methodical approach was taken to test the sophisticated hardware, it was important to test that the system was neutrally buoyant, watertight and functional. The testing was highly successful, and all members of the consortium were very pleased with the results.

Next post: Project Kick-off: RobFMS – The project’s consortium meet in Cambridge to kick-start this innovative project …

Previous post: Project news: CAMERA – We are pleased to announce the successful demonstration of one of our collaborative projects CAMERA