InnoTecUK captures the attention of many at ‘CLAWAR17’, including the acclaimed Portuguese TV station; Portugal em Directo 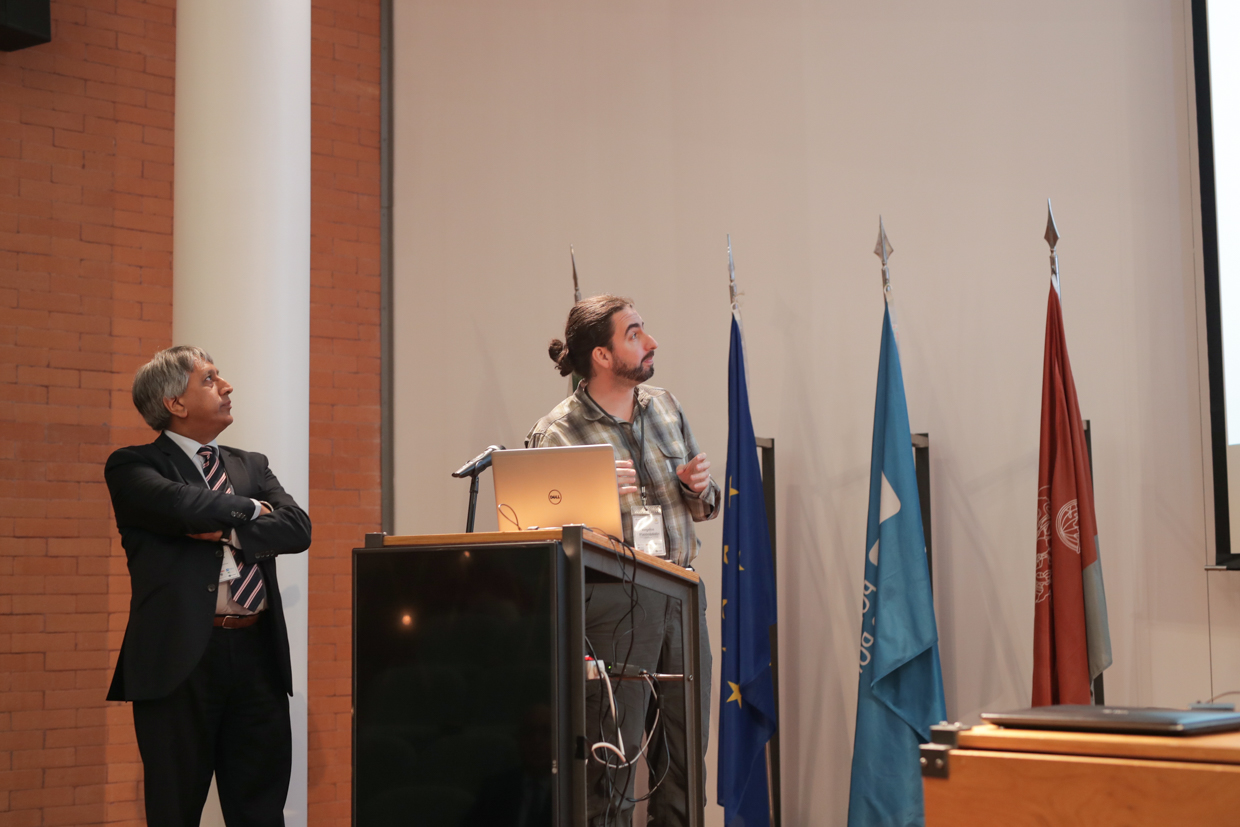 InnoTecUk’s team comprising Professor Gurvinder Virk, Dr Artur Gmerek, Angelos Plastropoulos and Matthew Kimball, represented the company at the 20th International Conference on Climbing and Walking Robots in Porto, Portugal went with the same momentum as did the team at the ‘Materials Testing 17’ exhibition in Telford, UK.  Professor Virk was also the Co-General chair of the CLAWAR’17 conference with Professor Manuel Silva from ISEP (Porto Polytechnic).

The team was eager to make known the company’s innovative solutions and to promote the company’s name at an international level, especially as climbing robots is a central focus area in CLAWAR.

It was at ‘CLAWAR’17’ that InnoTecUK introduced its first two autonomous vehicles: ‘Inno-Omni’ and ‘InnoCAR’. Both are prototypes for running R&D projects and are aimed at opening robot platforms to allow university students and researchers to customise the systems to continuously improve and enhance robot functionality and develop robotic expertise.

The new robots are based on the open ROS middleware for which InnoTecUK has developed special climbing software functionalities to contribute to the climbing robot community. It is intended that these platforms will form the basis of InnoTecUK’s forthcoming challenge; The “Innoclimber challenge” for which several universities have already expressed an interest to participate in for its inaugural competition in 2018. 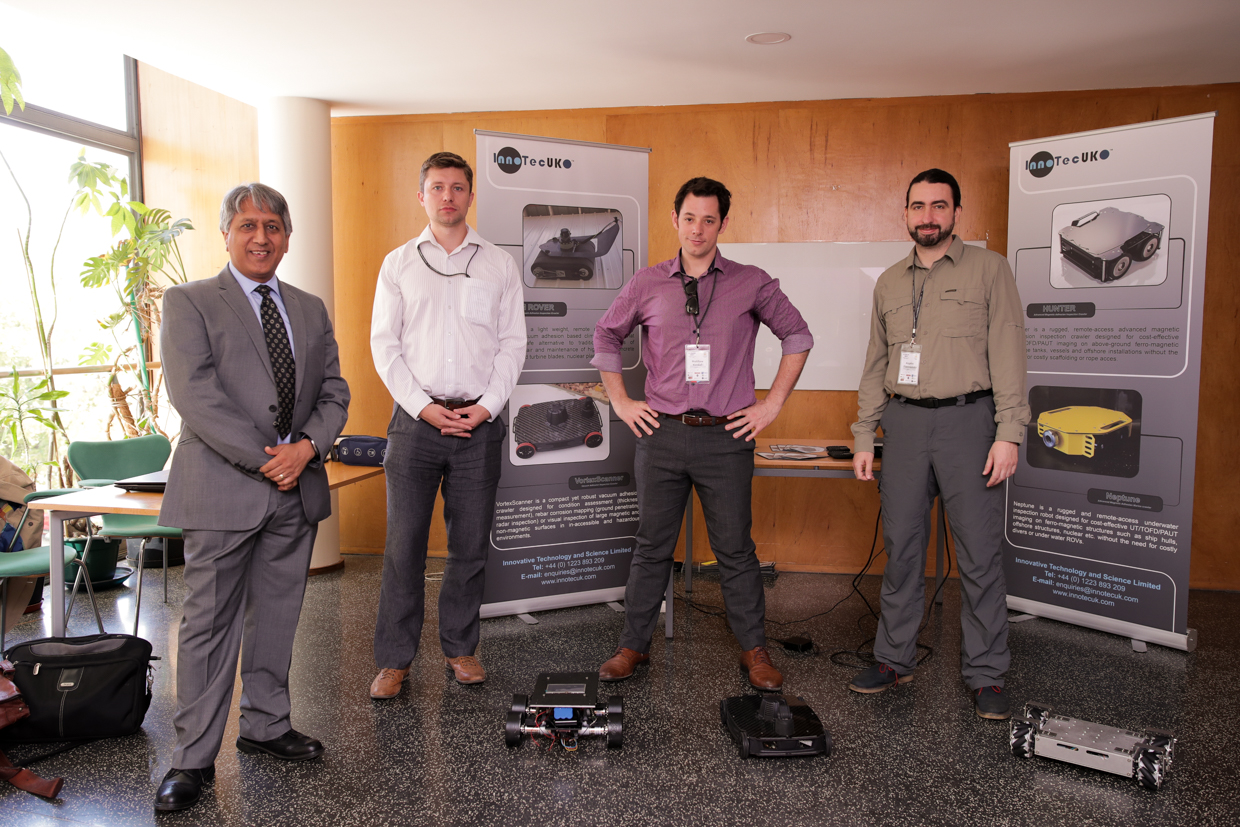 While in Portugal, our highly skilled professionals made it their duty to create a memorable international impact. It was this enthusiasm that resulted in an interview by the Portuguese acclaimed TV station #PortugalemDirecto.

The interview between InnoTecUK’s team and Portugal em Directo, covered some of InnoTecUK’s current, ongoing and future works, with special reference to its new activities to develop wearable exoskeletons for assistance and rehabilitation which are set to improve the mobility particularly for the elderly persons for normal daily living tasks.

To watch what the Team had to say, click here and watch from the 6th minute for get the full story.

Previous post: Pleased to announce we will be attending and exhibiting at the 20th International conference on climbing and walking robots